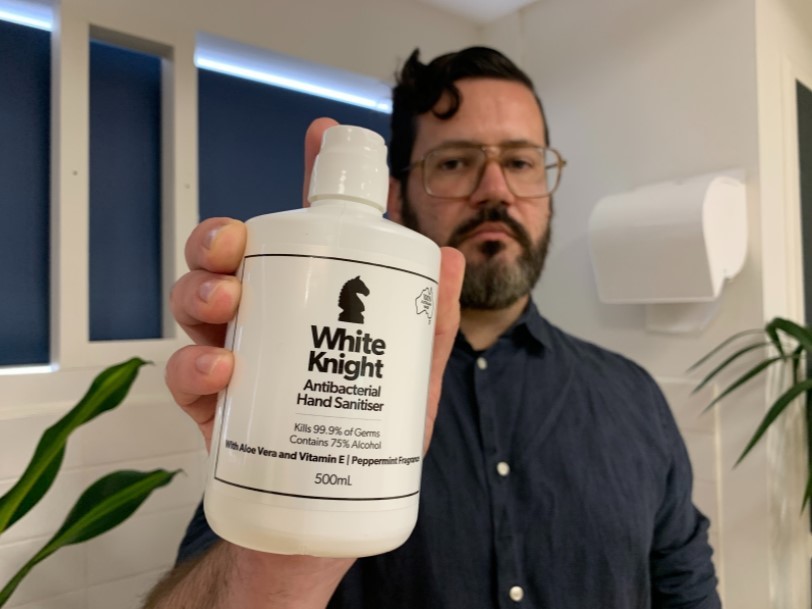 “White Knight” hand sanitiser, sold online and through United petrol stations, was found to contain only 52% alcohol, well below the amount required to be effective against viruses such as the novel coronavirus”  says Dean Price, CHOICE Senior Campaigner.

“This second failure provides Minister Sukkar an opportunity to move quickly and implement the changes to hand sanitiser regulation that CHOICE has called for. Better labelling and a program of spot testing will help maintain people’s trust in this vital product.”

Australians can support calls for safer sanitisers at CHOICE.com.au/HandSanitiser 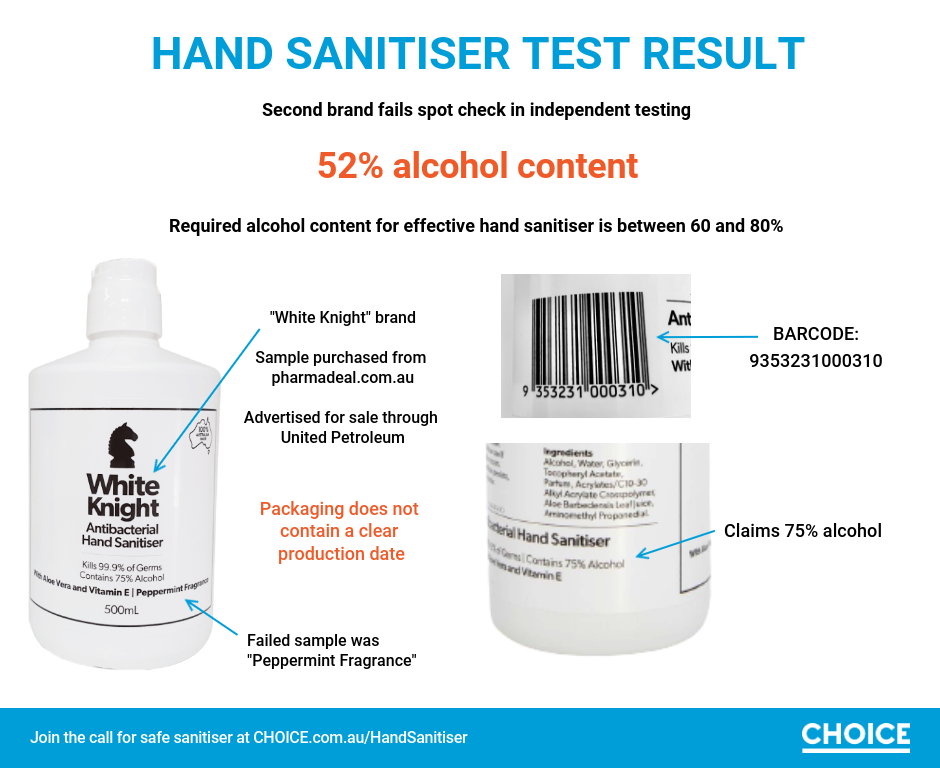 “CHOICE contacted White Knight Sanitation, an associated company of United Petroleum to advise them of the test results. They told us they will immediately withdraw the product from sale in all United Petroleum outlets and conduct urgent testing of the product. This is what we expect to see and we thank the companies involved for taking the matter seriously,” says Mr Price.

CHOICE has provided results to regulators. 27 other sanitisers were found to have effective levels of alcohol content to protect against COVID-19.

The full list of test results is available here: https://infogram.com/hand-sanitisers-choice-tested-update-nov-2020-1hkv2nz3x0prn2x?live

This second failure comes after the Australian Government has been consulting on possible improvements in regulation.

“Improvements to labeling, backed up by spot testing, will rebuild the trust people need to have when buying hand sanitiser. People need to know that what is on the label is what is actually in the bottle” says Price.

Australians can support calls for safer sanitisers at CHOICE.com.au/HandSanitiser

How we test hand sanitiser

CHOICE commissioned testing from the National Measurement Institute (NMI) labs to confirm the alcohol content in samples of 28 hand sanitisers.

The test used gas chromatography to determine how much alcohol was in the sample, based on the AOAC Official Method 972.11 and 972.10. An excerpt of the method is below:

A 1.0g test portion of sample is extracted with 250 mL of Milli-Q water. An aliquot of the water extract is filtered with a 0.45 um filter into a GC vial, internal standard is added and this solution is analysed by Gas Chromatography with Flame Ionisation Detection (GC-FID). A 1.0g of the sample is dissolved in a 250mL of Milli-Q water in a volumetric flask and series of dilutions ranging from 1:5000 to 1:10000 with Milli-Q water before transferring to the GC vials. Samples are run against a multipoint calibration curve. Sample extracts are diluted so that instrument response falls in the calibration range.


In order to be effective a hand sanitiser must contain between 60% and 80% alcohol, depending on the type used. If a sanitiser product claims to be made using the World Health Organisation (WHO) formula then it must contain at least 80% ethanol or 75% isopropyl alcohol.